Wentzville native Bryan Spencer is running for re-election to a second term in the Missouri General Assembly.  This Freshman Republican legislator has been a good fit for the voters of this district.


Pro-Life, pro-family, and a strong supporter of the 2nd Amendment, Representative Spencer has also been at the forefront of protecting our Constitutional and legal rights.

His strong opposition to the abuse of Red Light Cameras has been a breath of fresh air in a General Assembly where lobbyists and campaign money for such special interests usually speak louder than the people our legislators are supposed to represent.

Bryan Spencer really does listen to the people and that's not just a campaign slogan.  Spencer can be found going door-to-door talking and listening to the people he represents most weekends, even when it isn't an election year.

Representative Spencer also has a sound plan for increasing the economic prosperity of the State of Missouri and our region in particular.  He believes that entrepreneurship is the lifeblood ofour economy and that businesses need to be free to operatewithout undue governmental regulation or tax burden.

The 63rd District covers parts of St. Charles and Warren Counties.  Prior to being elected State Representative, Bryan Spencer was a teacher in the Francis Howell School District for 22 years.

Representative Spencer has received numerous awards over the course of his career that speak to his qualifications.  The most recent are: Freshman Legislator of the Year in Education 2013 & 2014, Defender of Prosperity AFP 2013, and the Freedom Meter Award Concern Women of America 2014.

Spencer is also active in the community as a member of the Wentzville Church of Christ, Saint Charles County Central Committee- O’Fallon Township, Jaycees (St. Peters, Wentzville/Lake St. Louis, Mission Inn, and Bridgeton/Maryland Heights), Masonic Lodge- Polar Star Rose Hill #79, and the Lewis and Clark Pachyderms. Rep. Spencer has served as past president of the Jaycees (Wentzville/Lake St. Louis and St Peters), and the Lewis and Clark Pachyderms.

We can recommend State Representative Bryan Spencer for re-election without hesitation.  He has earned a vote of confidence and another two years term.
Posted by New Wentzvillian at 9:20 AM 5 comments: 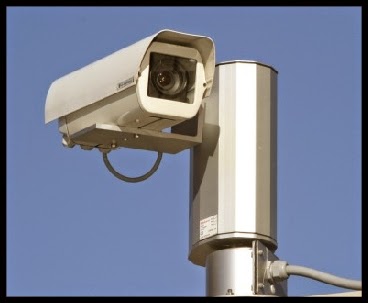 Red light cameras have been proven to increase accidents and are a money grab by the municipalities that use them -- resulting in an indirect tax.  They violate our rights to privacy, are not accurate, and deny those who receive tickets proper due process.

A major national red light camera firm (the very one that the City of St. Peters contracted with) has also been charged with bribing elected public officials resulting in indictments, witnesses turning state and more. Missouri and especially St. Charles County is no place for Traffic Ticket Cameras.

This Tuesday we can say no to RED LIGHT CAMERAS by voting YES to ban them in St. Charles County.  If you have any questions about the Red Light Camera issues call me at 636-916-4040.
Posted by New Wentzvillian at 8:19 AM 4 comments:

The trial date for a $5 million lawsuit by employees charging sexual harassment and discrimination against St. Charles County Election Authority Director Rich Chrismer is scheduled for December 1st.  Chrismer is also on the ballot November 4th running for re-election and will be facing the court of public opinion prior to his trial date.

The sexual harassment suit was filed back on October 5, 2011, by Mary Railean Benefield, who had been a St. Charles County employee for 22 years and who had worked in Chrismer's office.  Her suit claimed Chrismer stalked and groped her and flirted with other women in the Election Authority office.  Since then, seven others have joined the lawsuit, including four employees of the Election Authority, as well.

Normally a Republican candidate for county-wide office would have no trouble winning re-election in a heavily Republican County like St. Charles.  But Chrismer drew strong opposition in the Republican Primary and won with less than 51% of the vote against former St. Charles Mayor Patti York and a third candidate.  Now Chrismer faces Democratic opponent Kate Runyan this Tuesday.

KMOV, News Channel Four, also uncovered in July of this year, that County Audits show Chrismer was overcharging political subdivisions for the costs of elections.  A former assistant director of the office claimed Chrismer did so by more than $500,000.

Posted by New Wentzvillian at 8:10 AM 14 comments: