St. Charles, MO 11/29/2017
Trump Spoke At Length About His New Tax Plan While at The Embassy Suites St Charles Convention Center on the Edge of Highway 70 Near the Cracker Barrel Restaurant on Veterans Memorial Parkway. 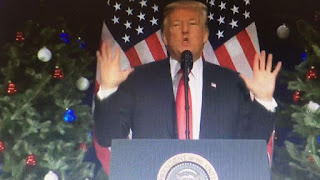 Trump Says He Didn't Know, Until a Couple Days Ago, That Lewis and Clark Left on their 1000s-Mile Journey to The Western Edge of the Country in 1804 From Our Home Town in St Charles County.


However, he was proud to be here and was on his mark when complimenting St Charles' historic place in United State's History. 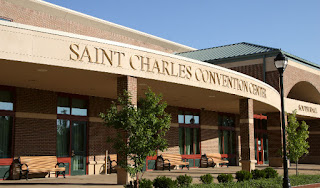 TRUMP gave a shou out to local St. Charles Countian Randy Schilling of OPO Startups @opostartups
(https://www.opostartups.com/). Mr. Schilling renovated the old Federal Post Office on St. Charles' historic main street. Trump compared himself to Schilling because he just did the same thing with a Trump Hotel property in Washington DC in September of 2016. 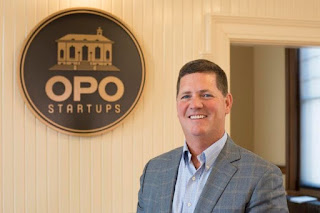 Here is a link to a mildly in-depth story about Randy Schilling's efforts in St. Charles. http://eqstl.com/how-randy-schilling-is-making-main-street…/
Posted by New Wentzvillian at 1:40 PM No comments: 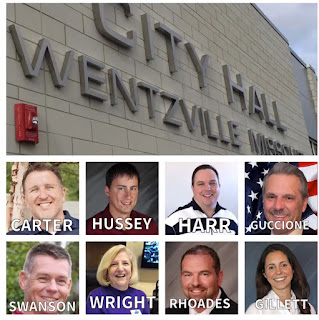 Wentzville to cut ribbon Wednesday on new City Hall ( originally on StlToday.com) The new Wentzville City Hall will open Wednesday. A spokeswoman for the city said Tuesday the move to a new building at 1001 Schroeder Creek Boulevard would increase efficiency. Communications Manager Kara Roberson said the city now has employees in five different buildings. The new location will bring all the staff into one site. Staff have been at the current location at 310 West Pearce Boulevard for more than 30 years, she said. "The new central location will be customer focused, allowing residents to pay utility bills, apply for a permit, visit Municipal Court, attend a Board of Aldermen meeting and more — all at one location," Communications Manager Kara Roberson said in a news release. Roberson said the city has not decided what it will do with the old building once the move is complete. She said one possibility could be to lease the building. The city paid for the new location without debt, Roberson said. The overall project budget was $15 million, including work to the parking lot, building and furniture. Roberson said the cost of the project was at least 10 percent under budget. The ribbon cutting and open house to celebrate the new city hall facility will begin at 5 p.m. Wednesday. https://www.google.com/amp/www.stltoday.com/news/local/govt-and-politics/wentzville-to-cut-ribbon-wednesday-on-new-city-hall/article_5d42772f-b5e6-5aaa-8cfc-9200bc3c4e01.amp.html
Posted by New Wentzvillian at 9:04 AM No comments: 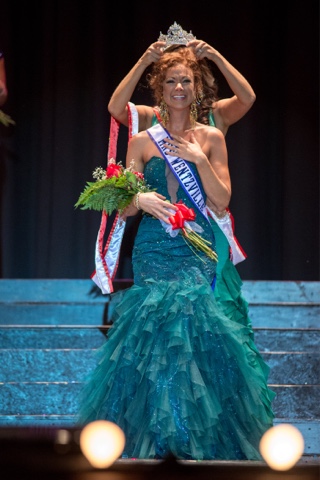 Likely Not as Donald Trump sold the Miss Universe Organization Which Included Miss USA and Miss Teen USA. Additionally, Mrs. America is distinct from Miss America Which Trump Did Not Own.

Required categories of competition include Interview, Evening Gown & Swimsuit. The winner of the Mrs. America Pageant will advance to the Mrs. World competition held in Incheon, South Korea September 23, October 5, 2016.

There have been two women crowned Mrs. America from the state of Missouri and both ladies were from the St Louis area. In 2003 Heidi Dinan captured the national title and in 2009 Andrea Robertson followed in her footsteps.  Roberston also went on to be named 1st runner up at the Mrs. World competition held in Vietnam that same year.

Posted by New Wentzvillian at 1:01 PM No comments:

Having lived in Missouri Senate District 23 for twenty-two years, Mike Carter is well aware of all the great things SD23 has to offer. "It's an amazing place to live and a great place to raise kids. I've lived here a very long time and am proud to call it home," Carter said. Carter has also owned and operated his law firm, Carter Law Offices, in the heart of the district since 2004.

For all these reasons, Carter is happy to welcome Bill Eigel to the community with open arms. "Bill's new around here. He moved into this district very recently and I'm sure he'll grow to love it just as much as I do." 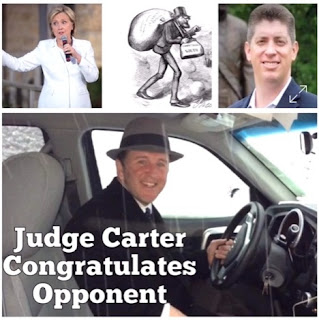 Eigel purchased his Weldon Spring home one year ago today, and some are concerned that his unfamiliarity with this particular district isn't a good thing. Like any other place, SD23 has problems unique to the district and a collective voice all its own. Many feel that someone new to the area might not be aware of the particular needs and demands of the district's constituents.

Similar concerns arose during the 2000 US Senate race in New York when Hillary Clinton purchased a house in Chappaqua, New York barely a year before the election in order to run. Clinton was labeled a carpetbagger and was accused of being opportunistic and not really caring about New Yorkers.

So how similar are Hillary and Eigel? "I don't know about that," Carter commented. "I care about the needs of the people in this district, and I know what those needs are because I live here and have gotten to know the other members of this community in my many years here. I can't speak for Mr. Eigel or what he cares about. All I can speak to is what motivates me."

"My goal is to be a true representative for this district. Someone who speaks for this community without letting personal ambition or financial incentives get in the way. That's why I'm running without any outside financial contributions. I don't want anything to get in the way of doing what I know is right for all of us. It's up to everyone else to determine Mr. Eigel's motives," Carter added.

Judge Mike Carter is a Self-Funded candidate. He is currently the Municipal Judge for the City of Wentzville, General Counsel for one of largest employers in St. Charles County, past Director of the St. Louis Association of REALTORS, and former Senior Lecturer at the University of Missouri. He has worked for the Missouri Attorney General's Office in Consumer Protection as well as Missouri's Western District Court of Appeals. Carter holds both a Juris Doctorate and a Master's Degree in Journalism from MIZZOU. He has helped lead opposition to red-light cameras in Missouri and championed the countywide ban of red-light cameras in St. Charles County. Mr. Carter is married with two children and two family dogs. His family belongs to St. Joseph Parish in Cottleville. Carter's first book is expected to be published in 2016. (MikeCarter.com) Felicia@CarterLegal.com 636-916-4040
Posted by New Wentzvillian at 1:38 PM 2 comments:


Posted by New Wentzvillian at 2:21 PM No comments:


Posted by New Wentzvillian at 2:18 PM No comments: